Lesley Prior, Secretary of CoGREE (and Chair of EFTRE) represented CoGREE at the EuFRES Conference in Munich, Germany from 4th-8th April 2018. Margarethe Hackermeier is the new representative of EuFRES in the CoGREE steering group and will be participating in the next CoGREE Meeting in Nuremberg in June. 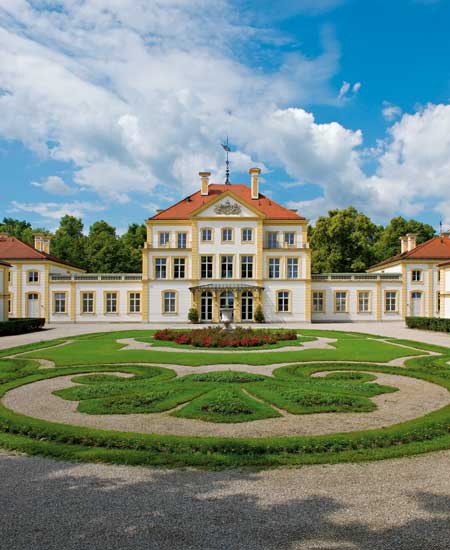 The event was held in the beautiful surroundings of the Exerzitienhaus Schloss Fürstenried on the outskirts of the city. Forty delegates from eleven different countries were in attendance, focusing on the theme Discovering and Supporting Spiritual Intelligence: Richness of Spirit for the Individual, Blessing for the Community.

Special attention was given to the role played by Religious Education in relation to the faith development of children and young people in the context of the contemporary social-religious situations in particular countries. This was the subject of academic lectures as well as featuring in the experiences shared by individual participants. Major contributions were offered by:

Detailed conference materials were provided. As was the case during previous conferences, translations of the key note speeches and other contributions were provided in the following languages: Italian, English, German, Spanish and Polish. It is hoped that in the future, these texts might be made available on the EuFRES website and linked to the websites of CoGREE and EFTRE too. In the closing sessions, delegates also worked on a final statement drawing on the themes discussed during the event and this will be published shortly. More information is available from Lesley Prior at: chair@eftre.net.

Margarethe Hackermeier had organised an excellent programme which also included cultural visits to significant sites in the city of Munich and of course, opportunities to enjoy traditional Bavarian hospitality! Delegates are already looking forward to the next conference which will be held in Vienna (Austria) after Easter in 2020 and warmly encourage you to join them!

One thought on “XVIII. European Forum for Religious Education in Schools”