The current members are: 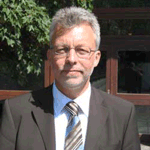 Michael is Headteacher of the Protestant Theodor-Fliedner-Gymnasium in Düsseldorf-Kaiserswerth, a church grammar school, and has been working for protestant schools in Germany since more than thirty years. He studied Theology, Social and Educational Science and has also worked in teacher training and quality inspection of schools. He has been a board member of several protestant teacher associations in Germany and is still member of the board of the Comenius Institute.

Since 2018 he is Secretary of the International Association for Christian Education (IV). Currently he is the moderator of CoGREE. Michael can be contacted via: michaeljacobs@netcologne.de

Piet is chairman of the board of two school foundations for Protestant and Catholic education in the western part of The Netherlands. These foundations together include 23 schools for primary, special and secondary education.  Over 8000 pupils attend these schools. Piet started his educational career 45 years ago as a teacher of the Dutch language, economics and social studies.

Since 2018 he is President of the International Association for Christian Education (IV). Piet can be contacted via: pja@scopescholen.nl.

Lesley has worked in Religious Education in England for over 25 years. She has been a part-time Senior Lecturer in RE at the University of Roehampton in South-West London since 2009 where she is involved in pre-service teacher education at both primary and secondary levels. Lesley is also an RE advisor to schools in eleven different local government areas in Greater London and works regularly with serving teachers.

Lesley has been involved in EFTRE since 2001, joining the Board and the Executive in 2007. She became Chair of EFTRE in 2013 and then began to represent EFTRE on CoGREE. Lesley is also Secretary of CoGREE. Lesley can be contacted via: chair@eftre.net

Tania is Associate Professor in Education and the Social Significance of Religion at the University of Warwick, England, and Director of the St Mary’s Centre, Wales, which develops and promotes research in Christian Education. She has worked in the field of religion and education for over 25 years, in university, school, and church sectors. In addition, Tania’s academic research and curriculum development publications are widely available.

Tania is Secretary of ICCS, and can be contacted via: smc.taniaapsion@gmail.com 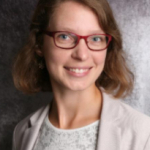 Bianca is an educational researcher at the Comenius-Institute in Germany. In this role, she is doing research about questions concerning the Church and education issues and promotes European exchange in this field across various networks. Bianca studied political sciences focussing on European studies in a French-German degree programme.

Bianca is Assistant Secretary of ICCS and can be contacted via: kappelhoff@comenius.de

James Barnett (ICCS representative at the Council of Europe)

James has been involved in Religious Education for over forty years. Among others, he has been responsible for Religious Education at Uppingham School, worked at the Farmington institute and been the representative of the Archbishop of Canterbury at the Council of Europe. Since 1999, he is the representative of ICCS at the INGOs Conference of the Council of Europe and been highly involved in raising awareness for religion in European societies.

James is one of the founding members of CoGREE. He can be contacted via: james.barnett@orange.fr

She participates in EuFRES since the EuFRES-Forum in Madrid 2012 and can be contacted via: mhackermeier@kb-bayern.de

Michael has been teaching Religious Education in Vienna since 2003 after six years of pastoral services in two parishes. Now, he teaches at the University College of Agrarian and Ecological Pedagogy in Vienna, for example „Sustainable Developement and Spirituality“ as well as „Ethics and Interreligious Dialogue“.

Michael has been involved in PILGRIM since 2008. Michael can be contacted via: holzwieser@pilgrim.at 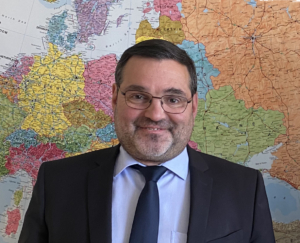 Louis-Marie is originally from the west of France, and he has a legal background in public and social law. He has been a teacher in higher education institutions as well as an educator before taking over the management of various secondary school for 16 years. Since September 2011, Louis-Marie has joined the General Secretariat of the French Catholic Education to develop international relations and has been in charge of supporting the diocesan departments in the overseas territories. Since 2012, he has represented France on the Executive Board of the CEEC and on the Council of the OIEC (International organisation of Catholic Education) for which he was treasurer for three years. Louis-Marie is also President the editorial board of the journal Educatio which publishes scientific articles on Christian education twice a year.

In July 2022, he took over as CEEC Secretary General from his predecessor Guy Selderslagh. Louis-Marie can be contacted via ceec@ceec.be.